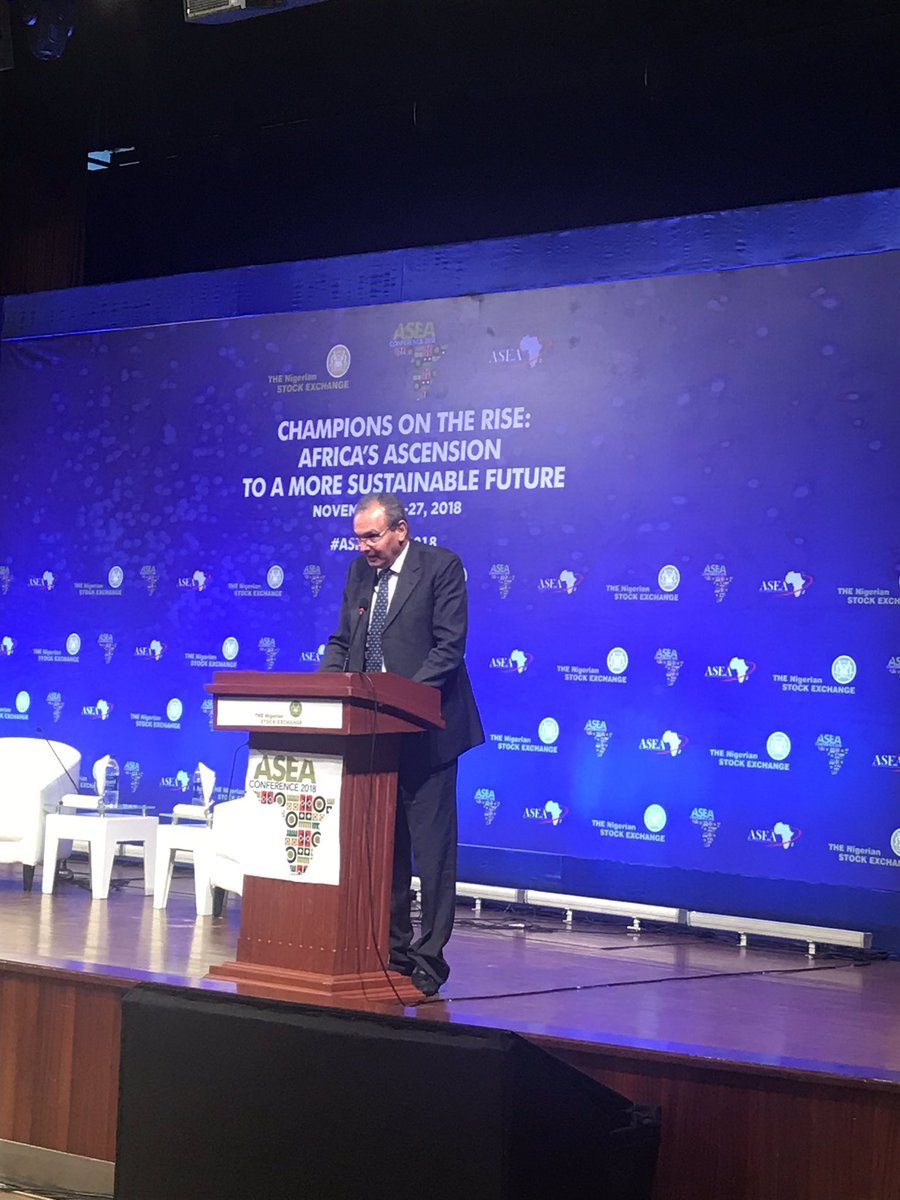 The News Agency of Nigeria (NAN) reports that the election took place at the just concluded 22nd ASEA conference and Annual General Meeting (AGM) hosted by the Nigerian Stock Exchange (NSE) in Lagos.

Hajji said; I am looking forward to working with each member of the Executive Committee to continuously advance the vision of ASEA while delivering value to the membership.

He commended his predecessor, Onyema for the good work done in the past four years and noted that the newly formed Executive Committee would build on the legacy he has left behind.

« I believe that through advocacy and strategic lobbying, ASEA will be able to unlock opportunities for the much-needed liquidity in the African financial markets, » Hajji said.

The incoming Deputy President, Amenounve, said: « I look forward to working with the current and new members of the Executive Committee of ASEA and more so supporting Mr. Karim Hajji in his assignment as President of ASEA. »

Onyema thanked the executives of the association for the support accorded him during his four years in office.

« The successes that the association has enjoyed during my tenure as President would not have been possible without the relentless support of the Executive Committee Members and that of the ASEA Secretariat, » Onyema said.

The conference themed; Champions on the Rise; Africa’s Ascension to a More Sustainable Future » underpins the need for operators of African capital markets to fully embrace sustainable business practices, as well as the opportunities and risks presented by the fourth industrial revolution.