MONROVIA, Feb. 2 (LINA) – The People’s Republic of China has recommitted itself to sustaining international development cooperation with partner nations, including Liberia, seeking to be more inclined towards aiding least developed countries and developing nations participating in the “Belt and Roads” initiative.

China has affirmed that it will also continue to take the elimination of poverty and improvement of people’s livelihood as the starting point, implement more livelihood projects in Africa, and provide more measures to benefit the people.

This initiative will especially seek to create more jobs for young people, and support the protection of the interests of women and children, the elderly, the disabled and other vulnerable groups.

Drilling through China’s International Development Cooperation in the New Era as logged in a white paper released recently by the State Council Information of China as part of efforts to introduce China’s actions and contributions in international development cooperation since 2013, and explaining the renewed concepts and policy propositions, the Chinese Ambassador to Liberia catalogued the key concepts as enshrined in the paper.

The newly added South-South Cooperation Assistance Fund has become an important vehicle for South-South cooperation between China and international organizations such as the United Nations Development Program and the World Health Organization.

He noted that as of the end of 2019, the South-South Cooperation Assistance Fund has implemented a total of 82 projects. Among them, funds for agricultural development and food security accounted for 37.89 percent and funds for poverty reduction accounted for 37.71 percent, reaching a total of 75.6 percent, providing important support for solving the most fundamental livelihood problems of the vast number of developing countries.

“China has implemented a number of assistance projects that benefit the people’s livelihood in areas such as poverty reduction, disaster reduction, education, health, agriculture, and environmental protection,” Amb. Ren cited.

Beijing’s international development cooperation in the new era, said Amb. Ren, is helping to build a public health system, noting that from 2015 to 2019, China sent a total of 202 batches of 3,588 foreign aid medical team members to developing countries, including Liberia, diagnosed and treated 11 million patients, and carried out medical staff training, roving free consultations, medical equipment donations, and specialized surgical operations, among others.

“Through the counterpart cooperation of medical institutions, China has helped more than 20 countries build professional department capacity. After the Ebola outbreak in West Africa, China provided five rounds of emergency humanitarian aid to 13 African countries with a total of US$120 million, and sent nearly 1,200 medical staff and public health experts to Liberia and other affected countries to train 13,000 medical care personnel,” he stated.

Diplomat Ren emphasized that the Liberian treatment center only took more than 20 days from ground-breaking to completion, while disclosing that in the face of the sudden COVID-19 epidemic in 2020, China provided assistance and support within its capacity to more than 150 countries and international organizations on the premise of doing its own anti-epidemic work, which is the most extensive emergency humanitarian operation with the most concentrated assistance since the founding of New China.

“China’s international development cooperation in the new era insists on coordinated advancement and promotes common development. China will continue to closely integrate the joint construction of the ‘Belt and Road’ with the implementation of the United Nations 2030 Agenda for Sustainable Development, strengthen international macroeconomic policy coordination, match the concerns of African countries, support more practical projects for the resumption of work and production, and maintain global supply chain stable and smooth,” maintained Ambassador Ren. 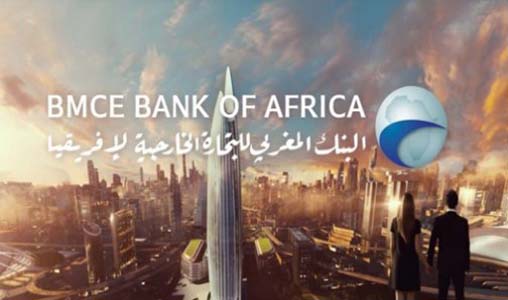