Akyem Tafo, Feb. 4, GNA – Dr Francis Padi, Acting Executive Director of the Cocoa Research Institute of Ghana (CRIG), says illegal mining, popularly called galamsey, is the biggest threat to the sustainability of the cocoa industry.
He said without illegal mining and its huge negative impact on the cocoa industry « Ghana can maintain its one million metric tonnes per year with the consistent recommendations from the research activities of the CRIG. »
The acting Director, who made this known in an interaction with Mr Sugandh Rajaram, the India High Commissioner to Ghana, indicated that cocoa diseases were another setback, but through research Ghana had progressively increased its cocoa production from 355,000 metric tonnes in the year 2000 to one-million tonnes currently.
Dr Padi said in recent times, the activities of illegal miners had impacted heavily on the cocoa industry, leading to the destruction of large hectares of cocoa plantations to make way for illegal mining.
He warned that if the trend was not halted, its consequences would be dire for the cocoa industry.
He said apart from the economic benefit of cocoa, its plantation was the most compatible system for preserving the forest and environment against climate change impacts, contrary to perceptions that cocoa plantations contributed to deforestation.
Giving an overview of the cocoa industry, he indicated that CRIG was a critical arm in the sustainability of the cocoa industry over the years.
He said the Hybrid cocoa, popularly called « akokora bedidi », was developed by CRIG to ensure, yields from two-years of planting instead of five years of the original seed called « Tetteh Quarshie »
The Indian High Commissioner to Ghana had visited CRIG as part of his five-day tour of the Eastern Region to look at business and investment opportunities as well as areas of critical needs, where India through its bilateral relationship with Ghana could offer some level of collaboration and support at the Regional level.
Impressed with the research activities of CRIG and its impact on the cocoa industry, which was the backbone of Ghana’s economy, he pledged to offer scholarships to research scientists from CRIG to upgrade their capacities for the benefit of Ghana.
To that end, he asked the management of CRIG to as a matter of urgency send proposals to the Indian Embassy and assured that there were opportunities for partnership and collaborations between CRIG and India for the mutual benefit of the two countries.
Mr Eric Kwakye Darfour, outgoing Eastern Regional Minister, who accompanied the High Commissioner, said the issue of illegal mining had assumed a critical dimension as it had devastated not only cocoa plantations but natural resources such as water bodies in the Region.
In his view, government had taken a decisive step when he banned all illegal mining activities, but unfortunately he said « government did not get the support of stakeholders, there is too much local politics in the illegal mining issue and that has thwarted government effort curbing the menace »
He said large hectares of cocoa plantations in several parts of the Region were destroyed or sold to illegal miners and called on all stakeholders, including chiefs and landowners to wake up to the dire realities of illegal mining in the near future.
The Indian High Commissioner was later taken to the research cocoa plantation at the facility cultivated in 1938 alongside the establishment of the CRIG, the Fermentary, New Product Development Unit and the Fine Flavour Laboratory.

‘Government is determined to protect Ghanaians against COVID-19’ 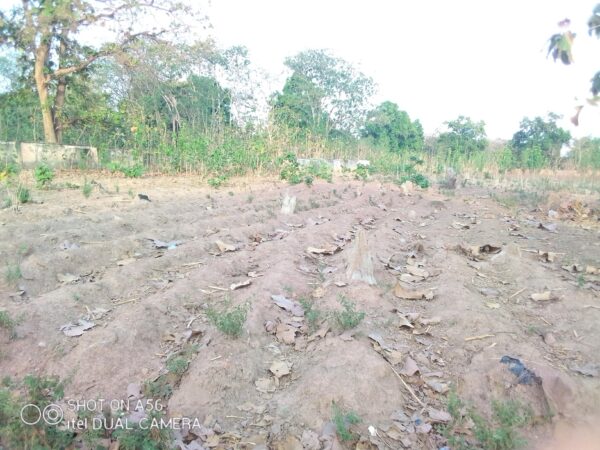