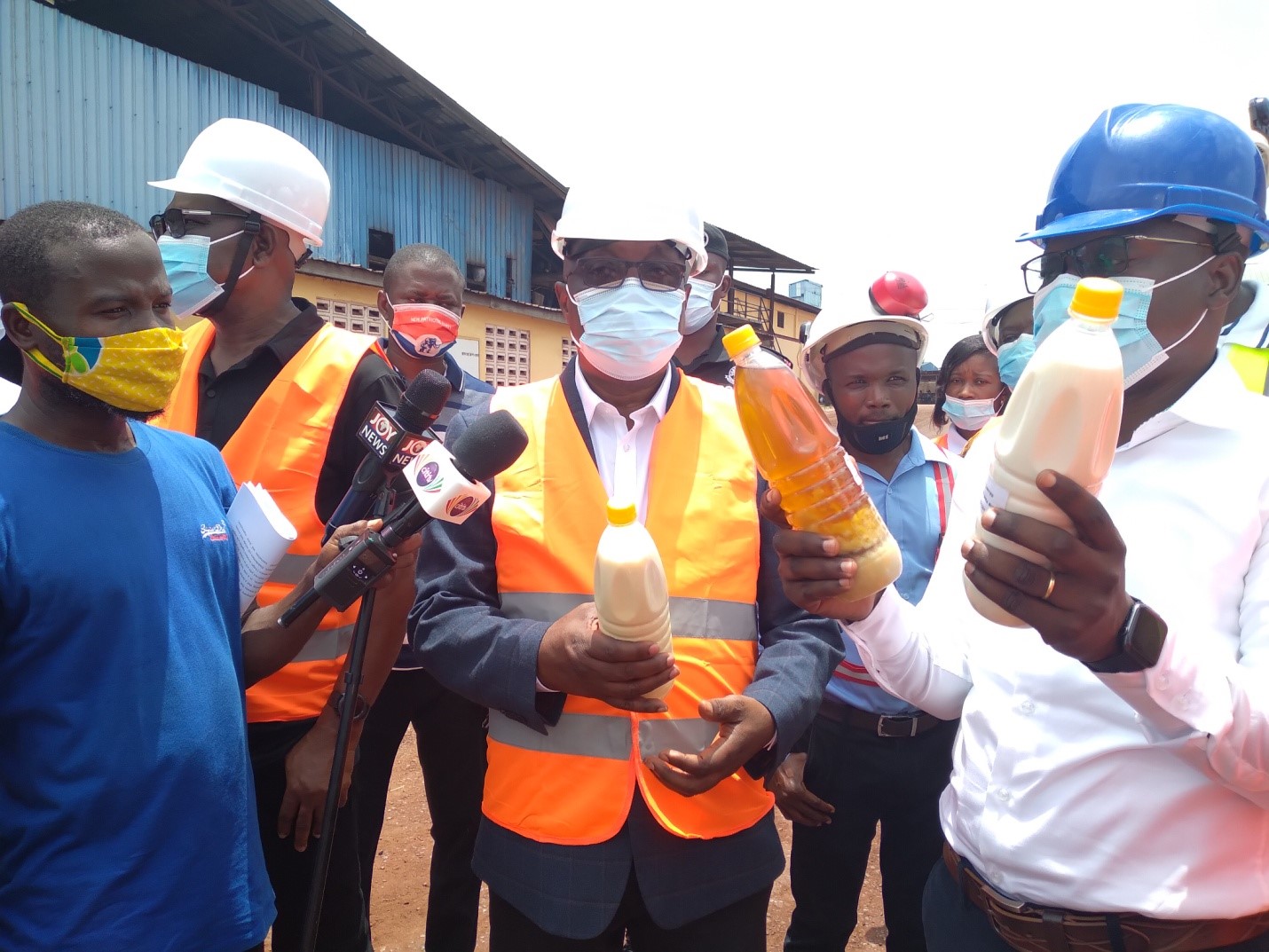 Techiman (BE/R) April 8, GNA – Mr Kwesi Adu Gyan, Bono East Regional Minister, has promised to dialogue with stakeholders to promote raw material production to help sustain companies in the Region.
Mr Gyan said he would facilitate raw material production in line with government flagship programmes, including the one district one factory and planting for export and rural development.
Mr Gyan gave the assurance during a working visit to the Ghana Nuts Company at Techiman.
He said a team was set up and a framework drafted for sustainable agro-industrialization to ensure that the Ghana Nuts Company and Shea processing plants in the region sustain production.
Mr Gyan said he would encourage partners in the four regions of the North to find ways to motivate the Shea nuts pickers and Soya bean farmers to produce raw materials for the company.
He said a sustainable agro-industry was needed to expand market access for farmers, adding that the survival of an agro-industry depended to a large extent on farmers.
“The farmer and the agro-industry need each other and, therefore, must collaborate to effectively manage and supply raw materials to the industries.”
Mr Obed Asante, Chief Executive Officer, said the company produced about 50, 000 metric tons of Shea and 40,000 metric tons of Soya yearly, which mostly exported to other countries.
Mr Asante said the supply of raw material to the company was a major production challenge.