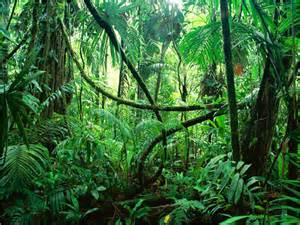 Bolgatanga, Jan 31, GNA-Forests play an important role in the lives of people living close to them.
Women and men in most rural communities have over the years depended on forests for their daily basic sustenance such as food, shelter, medicines, and energy supply in the form of fuel wood.

Apart from the food staples that communities get from farms, women and girls normally scout the woods to pick naturally occurring vegetables for food preparation.
Obviously, the forests provide a form of social security for women and girls, since it is their responsibility to cook and care for the households.

However, the recent increase in the exploitation of forest resources has affected this way of life.

Rural community members, especially women in the savannah zone no longer benefit from forests and woodlands as they did some years ago due to deforestation from mainly human activities.
The felling of wood for timber, which was formerly restricted to the high forest zone with its rich timber species, has now shifted to the savannah areas.
The discovery of rosewood as a good alternative tree for timber is not auguring well for women, especially, in rural communities in the savannah areas. The impact of these human activities on livelihoods and the environment is enormous especially for the woman.
While, both men and women depend on the forest or woodland for sustenance, women seem to suffer the brunt of deforestation more than men, because of their assigned role in society.
“By virtue of their role as the ones feeding the family and household, women are unable to provide for their families without firewood,” says Emmanuel Ntiako, Deputy Upper East Regional Manager of the Forestry Commission.

In other words, the existence of forests are also crucial for the maintenance of the rural household, whether in the high forest zone or savannah areas. But this is also being threatened because the natural regeneration of forests has been distorted by rapid over-exploitation of the resource base.
And the continuous interruption of growth of trees have pronounced implications on livelihoods, while it can also lead to extinction of plant and animal species.
The situation is worsened by the general lack of commitment and zeal by fringe communities to replant or even contribute to forest management.

Mr. Ntiako, described the savannah area “as consisting of grassland and very thick tickets of giant grassland interspersed with woodlands made up of different plant species such as hard wood,” adding that “human activities have now changed the form of the savannah.”
He stressed that “bush fire is the most dangerous weapon militating against the sustenance of the savannah woodlands.”
The zone is also threatened by the expansion of agriculture, poor farming practices and overgrazing.

The Bawku Forest District Manager, Emmanuel Omane, explained that each of the reserves is bordered by at least one community such as Moragu located in the Garu District.
Zawse Plantation Reserve has fringe communities including; Tamne, Zawse, and Banse.
Fringe communities for the Upper Tamne Block are Nakom, Bazuode, Pusiga, Tempane, and Bawku.
The Bugumbu Reserve has Atoba and Binduri as its fringe communities; while the Red Volta East has the most fringe communities namely: Widnaba, Binaba, Kusanaba, Zongoyiri, Tilli and Kokori.

Mr. Omane observed that the dominant tree species in the reserves include; shea, tamarind, baobab, dawadawa, black berries and urbane fruits.
He however mentioned illegal farming, galamsey, and exploitation for fuel wood as the main challenges facing the reserves.
The Forest Manager indicated that degradation of the landscape had become a major issue. “Currently, about 1000 Hectares of landscape encompassing both the forest reserves and off-reserves have been degraded in the Bawku enclave,” adding, “the landscape here needs to be rescue urgently.”
FAO Reports says that of the total conserved area of 15 million hectares in the Northern Savannah Zone, an estimated 20,000 hectares per annum of the reserved area is lost to agriculture or through bush fires, cattle grazing and other human activities.

Generally, Ghana’s vegetative cover consisting of the high forest zone that covers one third of the country and savannah woodland and grassland covering two-thirds, has been altered and degraded, over the years.

A member of the Binduri community, Philip Ayamba recalled that what is now the Bumbugu Forest Reserve used to be a community land, which was converted into a reserve by the colonial administration.
“In the colonial period, chiefs wanted an upper hand in the control of the land and forest resources, but eventually the colonial masters gained control in the case of Bumbugu Forest Reserve in Binduri that stretches to Zawse, Binduri and Gentiiga.”
Sharing views on the rate of depletion of the Bumbugu forest, Mr. Ayamba said natural resources depletion in general was due to poor management. “Our great grandfathers used traditional knowledge to manage forests, however over time because of lack of control of these resources, people go in, harvest thatch, rafters, fruits, logs and game after which they set the forest on fire,” he said.
Mr. Ayamba called for intensified sensitization on the environment, to engender in Ghanaians value for natural resources.
He proposed the establishment of natural resources governance working groups with the specific mandate to educate stakeholders in the governance of the resources.

Mismanagement of forest resources has implications for livelihoods and it is clear that their degradation affects all and in particular, women. This is because in the midst of all the challenges, the woman still needs to plan for and put food on the table for the family.
For the youth, the best they are likely do is to migrate to supposed greener areas to find other sources of livelihoods.
Bearing in mind the usefulness of forest resources as providing a vital support system for livelihoods, the nation needs to strengthen it efforts in tackling the drivers of forest destruction and degradation, whether in the high forest zone or savannah areas.

COVID-19: Members unwilling to wear mask should stay away -Church

Three groups in the Sunyani Municipality have raised concerns about construction