WISE calls for renewed efforts to eradicate violence against women

Accra, Dec. 18, GNA – The Women’s Initiative for Self-Empowerment (WISE), a non-profit organization, on Friday called for renewed efforts and vigorous commitment to the eradication of violence against women and girls.

According to WISE, statistics from the Domestic Violence and Victim Support Unit (DOVSU) indicated that one out of every three women went through abuse hence the need to sensitize people on what to do in fighting the menace.

Madam Adwoa Bame, Executive Director of WISE underscored the need to have a community-based-approach towards the fight, saying, members within the community should take charge, should understand the system and therefore help each other to eradicate violence against women.

“If a woman goes to report issues concerning abuse and comes back to the community and the community mocks her, she won’t feel like reporting the issue again.

“Reporting to get help alone is a process, hence the need to create a community support system,” she added.

Madam Bame made the call in an interview with the Ghana News Agency (GNA) in Accra on the sidelines of a sensitization programme on sexual and gender-based violence.

The event was held on the theme: “WISE Unleashing the Potential (WISE-UP) of Communities to Eradicate Violence Against Women and Girls”, and registered 80 members of Good News, a women’s group within the Taifa Community in Accra.

Madam Bame told GNA that the Domestic Violence (DV) Act 732 called for the setting up of shelters for victims, but unfortunately, women who find themselves in abusive relationships couldn’t access such facilities.

She called on the government to build more shelter homes; “we have a DV Fund that was set up by the DV Act, where survivors can access and get help, but there is no money in that Fund; we need to resource the Fund to be able to address some of these challenges.”

Mrs Adwoa Adu Sarkodie, member of DV Management Board, Ministry of Gender and Social Protection, also reiterated the need to build the capacity of young women, to acquire skills and training that would improve their livelihood.

She said most of the DV issues could be attributed to over-dependency, saying “if you are on your feet your husband is your partner, you are not dependent; as a partner in marriage or development they will not look down on you because you can help yourself”.

Mrs Sarkodie told GNA that building one’s capacity would avoid a lot of abuse on women, as such, it was not too late for any woman to be independent, especially when they were of school-going age.

Delay a major cause of maternal deaths — Dr Appiah 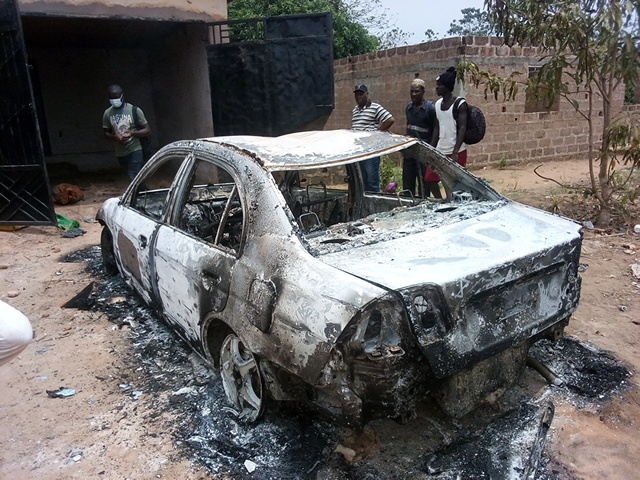