Accra, July 24, GNA—Uncontrollable tears and wailing took centre stage as mourners thronged the funeral and burial ceremony of the late Constable Emmanuel Osei.
The 26-year-old Police Officer died with a civilian on Monday, June 14, 2021 in the bullion van attack at Adedenkpo, a suburb of Jamestown.
The ceremony, spearheaded by the Ghana Police Service (GPS) was held at the Kakraba park, Kasoa after which the mortal remains of the late Officer was taken to the Nyanyano cemetery for burial.
Mourners including; family members, Police personnel, fellow Christians at Saint Raphael Catholic Church, could not control their tears as they paid their last respect to the late Constable.
In a tribute from the family, the late Emmanuel Osei was described as a peace maker who loved everyone, while other tributes from the GPS, the Church, siblings, and friends also eulogized him as a hardworking and God-fearing individual.
Mr Ambrose Dery, Minister for Interior extended condolences on behalf of President Nana Addo Dankwa Akufo-Addo to the family of the late Constable and the civilian who lost her life in the same incidence.
He said the various tributes that were read were testament to the fact that the late Emmanuel Osei lived in a Godly manner, as such, he was of the firm belief that his departed soul had gone to be with his Maker.
Mr Dery said Constable Osei died as a patriot and a professional epitomizing the high standards of the GPS and effective his demise on June 14, he was promoted to the rank of Lance Corporal.
“He’s dead though but still a hero and he joins the long list of heroes who have fallen in their line of duty and services,” he added.
In a sermon delivered by Deputy Commissioner of Police (DCOP) Reverend Father George Arthur, Chaplain General of the GPS, he said the demise of Emmanuel Osei was a painful one and he was forced “by armed robbers to hang up his life abruptly.
“Emmanuel has hanged up abruptly. He was forced by armed robbers to hang up. What a painful exit 26 years on this planet and less than 12 months with the Police service. Sad story indeed. Constable Emmanuel, Damire fa due,” he said.
He consoled the bereaved family by encouraging them to keep their faith unwavering in God because He alone can truly console them.
The Rev Father prayed that God would strengthen them in these trying and difficult times to move forward.
“Continue to cling on to hope. If your hope is in God, He will never forsake you. May God dry away all your tears and open a new avenue unto you. May God release divine grace and let His mercy be your portion,” he said.
The late Emmanuel Osei Kobby was born 27th of August 1995 at Madina to Mr Peter Kennedy Attah and Madam Margaret Abena Oforiwa.
He started schooling at Madina Bethany in the year 2002-2003 and later continued class three to class six at the Pantang Hospital Primary school.
He entered into the Junior High School in 2008 and wrote his Basic Education Certificate Examination (BECE) in 2010.
Emmanuel was baptized on April 3, 2010 at Saint Raphael Catholic Church, Pantang Hospital and had his first communion the same year.
He served as a Mass servant at Saint Raphael Catholic Church and was then confirmed at Saint Barnabas Catholic Church, Hatsoo in 2015.
Upon passing his Junior High school Examination, he gained admission in 2011 into Saint Paul’s Technical School at Kukurantumi to read Mechanical Engineering and successfully completed in 2014.
At Saint Paul’s Technical School, Emmanuel Osei was the General Secretary for the Air Force Cadet and a basketball player.
After passing his West African Senior School Certificate Examination (WASSCE) in 2014, he gained admission into Takoradi Technical University in 2015 to read BSc. in Mechanical Engineering and graduated in 2018.
At Takoradi Technical University, Emmanuel was an Executive of the Ahanta Hall.
He was the Morale leader and was part of the entertainment crew.
In 2019, he was recruited into the Ghana Police Service Training school and upon completion, he had his specialized training at the Special Weapons and Tactics Unit (S.W.A.T).
He was at the National SWAT Police Headquarters in Accra as a Police Constable until his sudden demise on Monday, June 14, 2021. 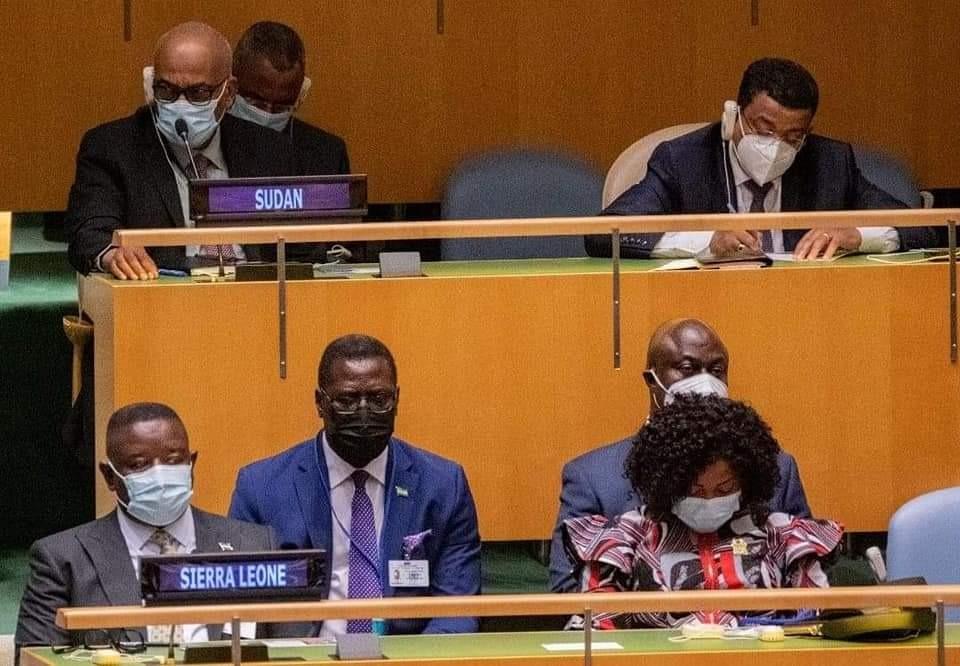