Accra, Dec. 31, GNA – Madam Sabine Nolke, Acting Canadian Ambassador, has expressed satisfaction at the on-going implementation of the Girls’ Iron-Folate Tablet Supplementation (GIFTS) programme in the Ningo-Prampram District.
She said in spite of the few instances where some girls had blatantly refused to take the supplements, the programme was making significant progress since anaemia affected women and women throughout their lifecycle.
The Ambassador was speaking in an interview with the Ghana News Agency (GNA) when she joined a team from the United Nations Children’s Fund (UNICEF), United Nations Population Fund (UNFPA), Ghana Health Service (GHS), and the Ghana Education Service (GES) to monitor the progress of work in Dawhenya in the Ningo Prampram Municipal Assembly.
The GIFTS programme, with funding from the Canadian Government, is a public health intervention and collaboration between the GHS, GES and other partners designed to provide in-school and out-of-school adolescent girls aged between 10-19 years with weekly iron and folic acid tablets free of charge through schools to help them prevent anemia.
Whiles demonstrating the efficacy of the supplements at the Dawhenya Methodist Basic ‘B’ School after taking a tablet, Madam Nolke said her adolescent daughter was on the same supplement as it had accelerated her rapid growth and development.
She indicated that the supplements were safe for use for adolescent girls since the periodic blood loss through menstruation for adolescent girls imposed additional need for iron and other essential nutrients.
In spite of the challenges, the programme had encountered since the start of its implementation in June 2019, she intimated that the on-going programme was making head way since a higher number of the target groups were taking the supplements.
She added that there’s urgent need reach out to a lot more through communication to generate a demand and encourage parents to allow their wards to take the supplements in school to improve their iron status and reduce the risk of developing iron deficiency and anaemia.
She called on the stakeholders to intensify education and awareness creation at the community level to demystify the misconception that the supplements were birth control pills or medications meant to harm their wards.
Mrs Gifty Ofori Ansah, District Director of Health, Ningo-Prampram, said anaemia was prevalent in the District and it was a common problem in adolescent girls and women which resulted in low attention span and short memory, affecting their academic performance.
She therefore added that there was need to address anaemia in adolescent girls to lower the prevalence in adolescent girls by reducing its consequences to it barest minimum and give girls new lease of life.
The intervention by partner agencies, she said was applaudable and further explained that the supplements had somewhat resolved incidents of anaemia in pregnant women and its associated consequences including; premature births, low birth weight babies, pre-natal and maternal mortality.
She said “the only challenges we are encountering in this district is the outright refusal of girls to take the supplements because they say their parents have advised against its intake, so we have intensified education at the community level and in schools through the PTAs.”
Mrs Ofori Ansah mentioned reduction in anaemia prevalence in adolescent girls, improved knowledge o and educational performance of adolescent girls and improved pregnancy outcomes in women amongst others as some benefits of taking iron and folic acid supplements.
Mr Jonathan Teye Doku, District Chief Executive, pledged support for the programme by ensuring that intensified education and awareness is carried out throughout the district.
“Being the head of the assembly, it is necessary to come up with a comprehensive strategy to ensure that opinion leaders, churches, mosques and tradition authority are educated on the programme which would is should trickle-down to the people, « he told the GNA in an interview.
He admitted that teenage pregnancy was prevalent in the district and together with the GES and GHS and other stakeholders in the district, the assembly was instituting measures to address it.

We will tell our story-Rawlings

- Infant or neonatal jaundice, according to medical experts is a health conditio 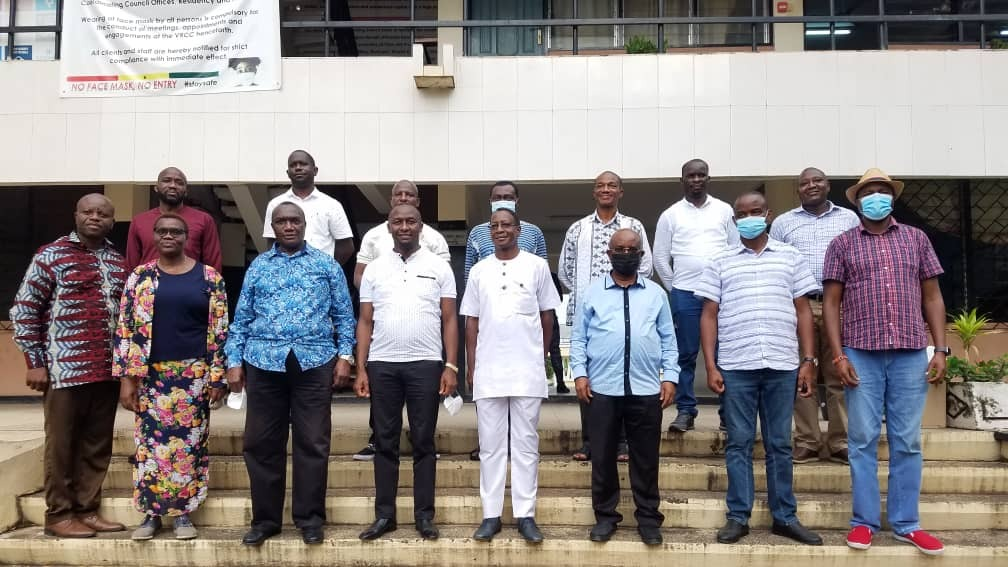 Mr. Charles Kilonzo, a Member of the National Assembly of Kenya has praised the

Ash Cell Limited, Distributors for MTN Ghana in the Ashanti Region, has donated