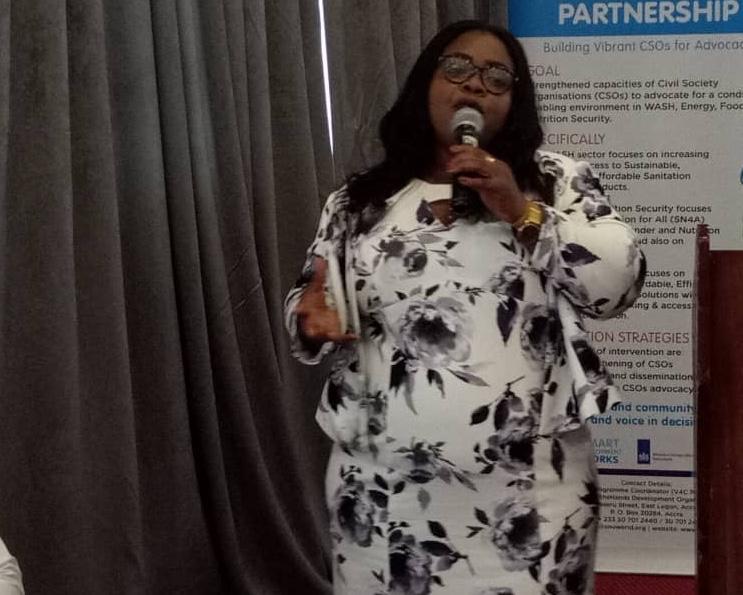 The Executive Secretary of the ESPA, Nana Ama Ofori-Antwi who made this call at an advocacy forum organised by ESPA and the Business Sector Advocacy Challenge (BUSAC) Fund in Accra recently observed that Ghana ranked lowest in sanitation levels among all lower middle-income countries, although the country was richer than most.

« The nation was one of the lowest in terms of access to sanitation worldwide and that it was rather ironic that Ghana sunk lower than countries recovering from wars. The lack of political will is the challenge and not household wealth, a change in behaviour and not only constructing toilets, is said to be critical decisions that make sanitation paramount in all policies.

« Environmental sanitation is said to be among the most powerful drivers of human development as its affects quality of life – improving health and rising wealth. It cuts across all sectors of the economy including; those that concern health, environmental protection, improvement of human settlements and services, tourism, and general economic productivity, » she added.

She said although Ghana was described as a lower-level middle income country, it aspired to attain a higher middle-income status by 2020.

As a result, he said a healthier and wealthier population would tend to generate more of all waste types adding that there is, therefore, the need for urgent action based on a clear national strategy to manage this trend, supported by sustainable financing and active participation of all stakeholders at all levels.

« It is part of the national effort to put in place appropriate institutional mechanisms to oversee the efficient and sustainable management of waste across the country, that the Ministry of Sanitation and Water Resources was created to lead the charge in the formulation of appropriate policies and legislations whose enforcement will culminate in sound and sustainable environmental sanitation practices among the populace, » she said.

She said, despite the bold initiative to create the new ministry, ESPA however, considered the absence of a National Sanitation Authority as a major omission in the quest to overcome the waste management challenge facing the country.

She believed it was a recipe for disaster as the absence of a sanitation was said to have accounted for the failure of the combined Ministry of Environment, Science and Technology and Ministry of Local Government and Rural Development to deal with the waste management situation in Ghana.

Nana Ama said, the establishment of the authority would among other things Coordinate and manage the policies of the ministry, play a regulatory role in the sanitation industry and help strengthen the work of environmental health professionals.

She said it would help the authority to set up standards and guidelines for operations like the Ghana Standard Authority, Food and Drug Authority and collaborate with other state agencies with similar objectives to deal with the sanitation situation in Ghana and help to implement the policies of the ministry and play a supervisory role in all activities that are related to sanitation.

Some 1,500 birds are to be culled on an animal farm in Denu in the Ketu South Mu