Private Newspaper Publishers Association of Ghana (PRINPAG) have paid a courtesy call on the Public Affairs Section of the United States Embassy in Accra to enhance their working collaboration.
Mr Andrew Edwin Arthur, President of PRINPAG, led the six- member delegation to the Embassy.
A statement after the meeting said the delegation had fruitful discussion with the Press Attaché, Naomi A. Mattos and Zainab Mahama of the Public Affairs Section.
Ms Matto, receiving the delegation, expressed her joy for the rekindling of the three decades of working collaboration between the Public Affairs Section and PRINPAG.
The PRINPAG Executives in their deliberations recalled the history of the Association and the role the founding members played to usher Ghana into the 4th Republican Democratic dispensation.
The Executives expressed the desire to continue the good works of their forebears, who were principally political agitators, human rights advocates and professional journalists with no business background as it pertains in the advanced democracies.
PRINPAG appealed to Public Affairs Section of the Embassy to give the necessary support to the Association to organize a workshop on Electoral Reporting for Journalists in all the 16 Regions so as to offer improved reportage on the forthcoming Presidential and Parliamentary Elections in December 2020.
They also announced plans to create a PRINPAG Election Bureau in consultation and collaboration with the Electoral Commission and the Ministry of Information, to organize nationwide fora for all Political Parties to sell their Manifestos sector- by – sector to the media and the electorate.
This would allow the voters to make informed choices during the elections.
The PRINPAG delegation included Mr David Tamakloe, Vice President; Mr Emmanuel Opare Djan, Organising Secretary; Mr Elorm Desewu, Assistant Secr 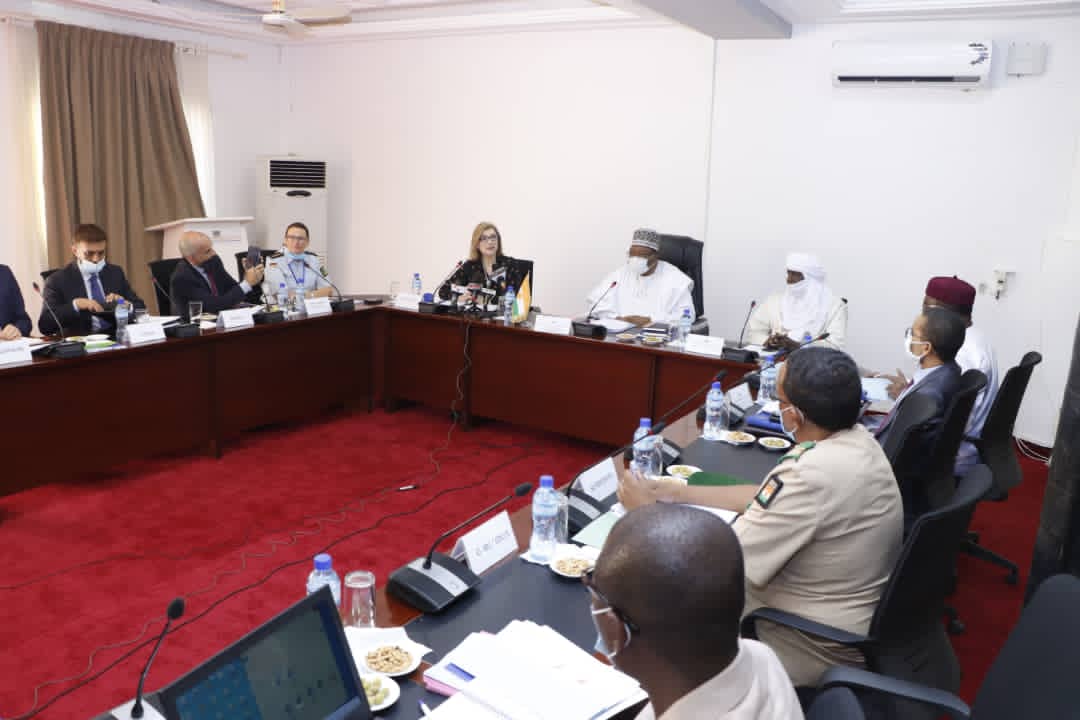