Accra, March 9, GNA- The Ministry of Gender, Children and Social Protection, has marked the 2020 International Women’s Day in Accra, with a dinner and an awards night to recognise 11 media organisations for supporting the promotion of gender parity over the years.
The awardees-the Ghana News Agency, Ghana Television, Unique FM, Starr FM, Kantanka TV, TV Africa, TV3, Atinka TV, Citi TV, the Graphic Communications Group, and the New Times Corporation received citations highlighting their respective contributions towards the promotion of issues of gender and especially women empowerment.
The Ministry with sponsorship from the United Nations Population Fund (UNFPA) and CAMFED Ghana, also recognised some individual young females, as well as some Civil Society Organisations for their distinguishing roles in their respective fields of endeavours, and for the sustained advocacy on gender equality in their communities and areas of operation.
Mad Cynthia Mamle Morrison, the Minister of Gender, Children and Social Protection, congratulated all the awardees for their immense contributions to the quest for gender equality and women empowerment in Ghana.
She said their dedication and hard work, which had left positive footprints for the young generation, particularly women, could not go unnoticed, hence, the Ministry’s resolve to motivate and honuor to spur them on.
« We know that all the media houses are doing something to promote the wellbeing of all. This is the first time we are honoring your great contributions and thanking you for using your respective platforms to promote and educate the public on women’s rights and empowerment issues, as well as the need for gender equality for a sustainable development, » she said.
She said « we shall surely award other deserving media houses at another event ».
Speaking on the significance of the Day, which was on the theme: « I am Generation Equality: Realising Women’s Rights, » the Gender Minister said the Ministry intended to pursue a rigorous campaign throughout the year and even beyond to educate the public on the need to uphold the rights of women and girls so they could realise their full potentials.
Madam Morrison cited its collaboration with some development partners such as CAMFED Ghana, which was helping young women to achieve their dreams, and building their capacities to become more assertive, bold and have a voice in consensus building for national development.
The Gender Minister said it was the expectation that these ladies would become role models and mentors to their peers and examples to shape the future of the next generation.
She also acknowledged the collaboration with the UNFPA in the development of an adolescent pregnancy strategy to curb the high incidence of teenage girls having unintended pregnancies that curtailed their education in most instances.
Madam Morrison said the accomplishments, breakthroughs and success stories of the girls being awarded, made the development of the strategic plan very critical and a necessary tool to complement other policies and interventions currently on-going, to position adolescent sexual and reproductive health issues within a broader context.
« This would ensure the demographic dividend and youth development we seek, » she added.
Panelists during a discussion on the topic: “Contemporary Challenges Inhibiting the Rights of Women: Strategies for Realising Women’s Rights, called on society to speak up against the perpetration of social injustices especially against women and girls, and ensure that they were given equal opportunities to develop their potentials.
Dr Afisa, Zakaria, the Chief Director of the Gender Ministry, endorsed the call for strengthening networking among institutions and with her outfit to help secure the loose knots, and close the gender gap and accelerate progress at the grassroots level.

ASWIM calls for passage of Land and Affirmative Action Bill 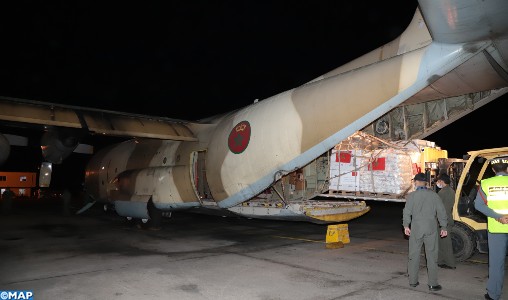