Tamale, June 24, GNA-STAR Ghana Foundation has begun a process to develop a roadmap that presents a coordinated strategy and action around addressing the issue of floods in the northern part of the country from short, medium and long term perspectives.
To this end, STAR Ghana Foundation in partnership with the TAMA Foundation and Tamale Ecclesiastical Province Pastoral Conference (TEPPCON) convened a day’s forum in Tamale, attended by key actors within the disaster risk reduction sector, on joint action response towards floods in the northern part of the country.
Participants included; representatives from the National Disaster Management Organisation (NADMO), Northern Development Authority (NDA), Northern Regional Coordinating Council, Ghana Irrigation Development Authority, Water Resources Commission, National Commission for Civic Education, religious and traditional leaders, and civil society organisations.
They analysed the floods situation in the northern part of the country, evaluated the response and mechanisms in place for coordination as well as proposed some strategies to strengthen the way the country responded to floods, particularly focusing on a shift from the periodic hand-outs to a more coordinated preparedness towards the flooding and also long term recovery of the families and communities affected by the floods.
Floods are recorded every year in the northern part of the country leading to loss of lives and property.
According to the Northern Regional Directorate of NADMO, within the past three years, 14 Metropolitan, Municipal and District Assemblies recorded floods, which affected 40,894 people leading to seven deaths, destruction of 19,264 acres of farmlands, cutting off 54 communities and destroying 13 bridges.
The government usually presents some relief packages to victims of floods but the items are always not enough to address their needs.
Participants identified building on water ways, silting of water bodies, farming along water bodies, dumping of waste into water bodies, lack of drainage systems, opening of Bagre Dam amongst others as some causes of the flooding in the area.
They, therefore, suggested some mitigating measures to address the situation, which included; the need for attitudinal change, provision of good drainage, enforcement of building regulations, re-settlement of communities, tree planting, adoption of improved building technology amongst others.
Eunice Agbenyadzi, Programmes Manager of STAR Ghana Foundation, who elaborated on the inputs of participants during the forum, said “One of the key things that has come up is the need for support from local philanthropists or domestic resources mobilisation as a more sustainable way of dealing with the floods.”
She added that “We have recognised that there are assets here in the communities. There is also expertise and there is also finance. So, the idea is how we can organise ourselves to raise resources in preparation for the floods and also beyond the floods.”
She said a similar forum was held in Wa, and another would be held in Bolgatanga where the inputs of participants would be used to develop the roadmap to address the flooding, adding that after developing the roadmap, “We will quickly organise some partnership around testing some of the strategies this year and cascade to other years as well.”
Mr Charles Abugre, Executive Director of TAMA Foundation called on NADMO and NDA to be proactive in engaging stakeholders to start taking action in terms of raising resources to address the impending flooding situation as a result of the onset of the rains in the north. 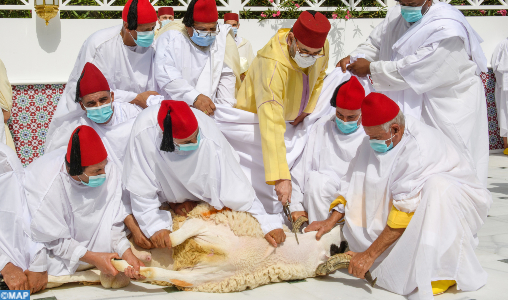